You Berg (set one) 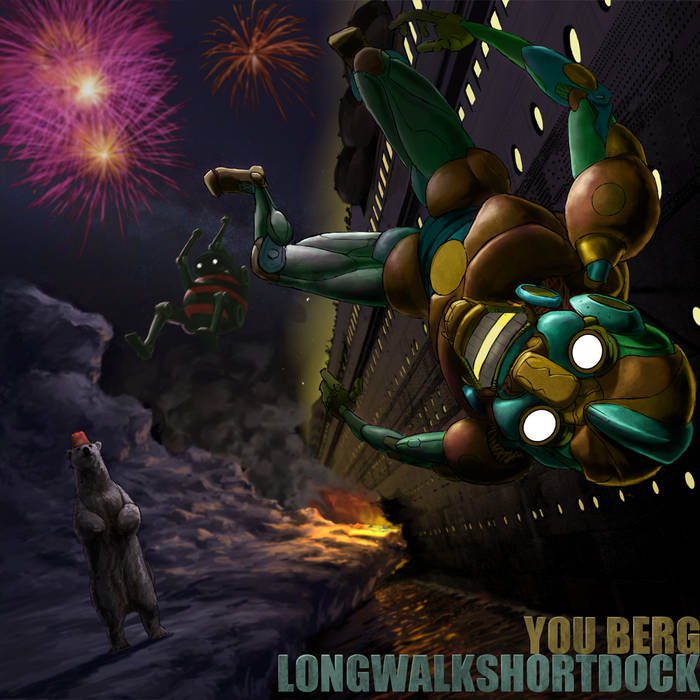 "In the year 2999, a robotic race of androids, on board an elegant joy riding sea vessel on Earth’s flooded surface, repeats the legendary tragedy of the Titanic by striking an iceberg. The frigid water temperature freezes circuits and triggers a sudden, almost human response in the androids, that they too have over-estimated their intelligence and power ; They too are being punished for arrogancy, celebrating their supposed elite status over the power of the truly eternal mother nature. The cold irony of the human race’s mistakes creeps over them as they drift silently to the oceans depths. The slow and subversive robotic takeover of mankind has fallen victim to its own devices. You are so cold."

The original music and artwork for "You Berg" first appeared as part of King Deluxe's 2999 project: